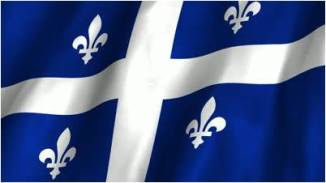 The flag of Quebec, called the Fleurdelisé, was adopted for the province by the government of Quebec, during the administration of Maurice Duplessis. It was the first provincial flag officially adopted in Canada, first shown on January 21, 1948, at the Parliament Building of the National Assembly in Quebec City. Quebec’s Flag Day—January 21—commemorates its adoption each year, though for some time it was celebrated in May. At least one parade marked the flag’s 60th anniversary in January 2008.