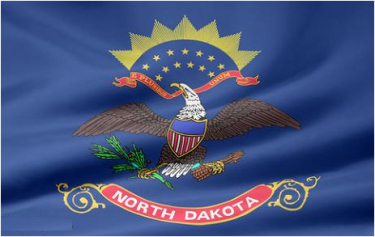 The flag of North Dakota was adopted on March 3, 1911.  The design on the flag is similar to that of the US Seal with the eagle in the center.  The flag is almost an exact copy of the used in the Philippine-American War by the state`s troop contingent. 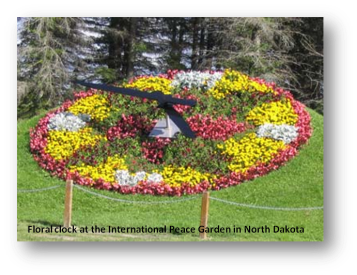 The official nickname for North Dakota is The Peace Garden State. The North Dakota Motor Vehicle Department placed the phrase on license plates in 1956 (the International Peace Garden straddles the boundary between North Dakota and the Canadian province of Manitoba). The nickname became so popular that it was formally adopted by North Dakota legislature in 1957.