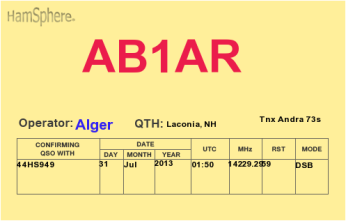 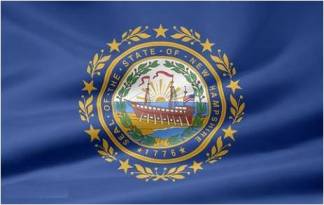 The current flag of New Hampshire was adopted in 1909 and was only changed when the state seal changed 1931.  The flag contains a blue field and the state seal in the center.  The state seal depicts the frigate USS Raleigh and is encircled by a laurel wreath with nine stars. The Raleigh was one of thirteen ships that were sponsored by the Continental Congress for the new American Navy in 1776.

The nickname for New Hampshire is The Granite State. Granite is also the official state rock of New Hampshire.