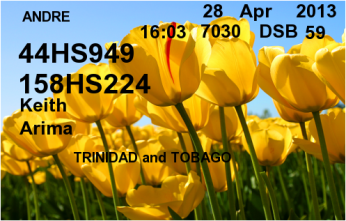 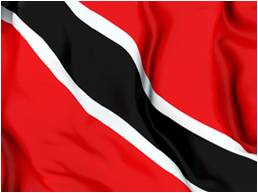 The flag of Trinidad and Tobago consists of a red base with an off centered black diagonal stripe originating in the top left corner and running across the flag. The black stripe is bordered on both sides by a thin white stripe. The flag was adopted upon independence from the United Kingdom on August 31, 1962. The flag was chosen by the independence committee of 1962. Red, black and white symbolize fire (the sun, representing courage), earth (representing dedication) and water (representing purity and equality).